Arsenal players are reported to be losing patience with top earner Mesut Ozil, after it was confirmed the Germany international is to be ruled out for the remainder of the Premier League campaign.

Ozil has missed the Gunners’ last five league fixtures, and has now been ruled out of the final games with a back injury.

Arsenal Stars claims that Ozil appearing to pick and choose the games he wishes to play in,after missing many games and return in crucial tie against Atletico Madrid.

Ozil has not started 25 of Arsenal’s 58 games this season after being rested for the group stages of the Europa League, the FA Cup and the early rounds of the EFL Cup.

World Cup winner Ozil signed his new deal worth £350,000 per week, making him the best-paid player at the club by quite a distance.

Wenger has previously backed the 29-year-old former Real Madrid man on several occasions, believing Ozil to be a major investment in Arsenal’s future. 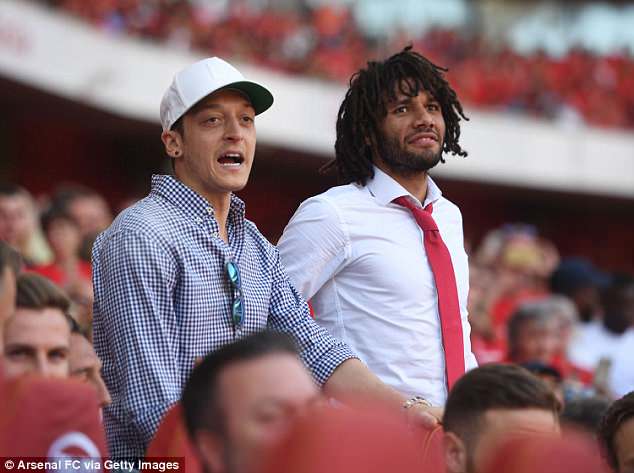 ’Footballers are not like that [picking and choosing games]. He is injured. It looks like that sometimes when a player carries on through pain one game and has a recurrence of inflammation,’ Wenger recently told FourFourTwo.

’He will not be able to play in the final game,’ Wenger said. ’It’s a shame. I brought him here, I love the player, I love the person.

’He looks quite good. He runs well, but medically people tell me it’s too much of a risk. It would be stupid to risk all the hard work he has done for one game.’

Dusingizimana Remy is a journalist for Umuryango.rw. He studied at the University of Rwanda.He holds a Bachelor’s degree in Journalism and Communication. He started his career in writing about sports in 2015.Follow him on Twitter and Instagram @REMY SAGAN