Watch LaLiga on StarTimes - Real Madrid get their campaign under way 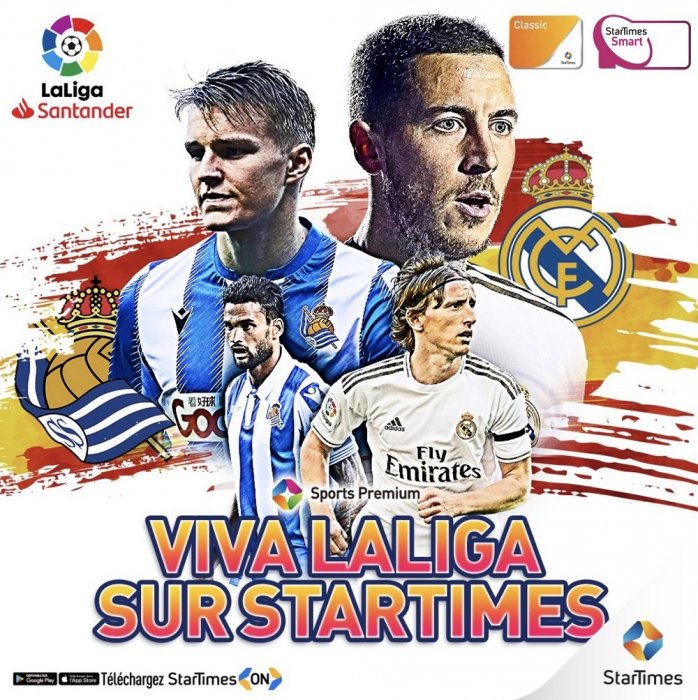 When Real Madrid take to the Reale Arena in the city of San Sebastián on Sunday for their LaLiga opener against Real Sociedad, it could well be that Zinedine Zidane will field a youngster who knows the opponents’ players by heart.

Norwegian international Martin Ödegaard, who signed for Los Blancos in 2015 when only 16 years old, spent last season on loan in the Basque country and played 31 matches for the Txuri-urdin (blue and white).

His form so impressed Zidane that he decided not to extend Ödegaard’s loan deal and recalled him to the Real squad a year ahead of schedule.

Zidane has now been impressed with Ödegaard preparations for the new season and the fact that the youngster asked Norwegian officials to not call him up for the country’s UEFA Nations League matches at the beginning of the month, to allow him to fully recover from a knee injury, showed that the player is keen to break into the Real side.

Should he be fit Real’s opener – which comes a week after the majority of other La Liga clubs have already played their first game as the teams that participated in the European cups were given extra preparation time – he is expected to feature in the match.

Ironically, the attacking midfielder is – despite having been on Real’s books for five years – the most significant new face in Zidane’s squad. At least at the moment as the club has been remarkably low-key on the transfer market until now.

Real right back Dani Carvajal said the team was eager to put in a good start. “The aim, as always, is to fight for everything. We want to start La Liga well and get as many points on the board as possible before the next international break in October,” the Spanish international told Real Madrid TV.

Sociedad go into the match on the back of a 1-1 draw in their opening league game at Villarreal.

Osasuna and Granada, who led La Liga after the first round – albeit in the absence of most of the so-called big clubs – are away to Getafe and at home to Deportivo Alaves respectively.

African football fans will be able to join football fans world-wide to watch some of the biggest names in world football compete in the La Liga as the continent’s leading digital-TV operator, StarTimes, will show the matches live and in HD on the StarTimes channels.

Watch UEFA Europa League on StarTimes Arsenal looking for success in the...

English clubs made it three wins out of three games in the first round of...
INKURU ZAMAMAZA
26 October 2020 Yasuwe: 227 0